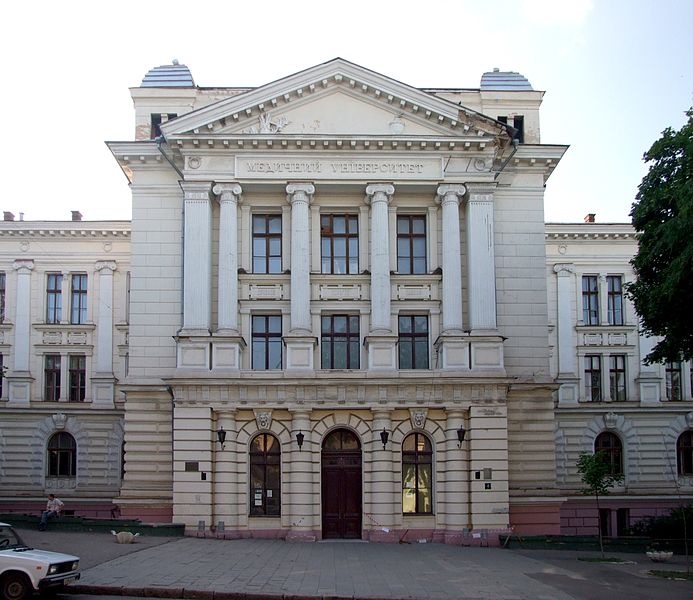 The institution started in 1900 as the Medical Faculty of the Novorossiyskiy State University in Odessa. The medical faculty soon became one of the most prestigious medical faculties in the Russian Empire.

Today, the Odessa National Medical University remains one of the leading medical universities in Ukraine. It is a member of the International Association of Medical Universities and the high standards of training at the institution are well recognized throughout Europe and America. The University consists of 58 faculties and has a student population of over six thousands, including foreign students from very diverse countries. Tuition is given in the Russian, Ukrainian, and English languages.

Foreigners study in small groups with six to ten other international students. Lectures take place daily and are attended by all students of the groups. Training in the university is constantly controlled by testing the students’ knowledge in each class. At the end of each topic a final control is provided by passing tests and examinations in subjects studied during this term. From the beginning of the second year until the last academic year students attend practical classes to gain experience.

The Program has the European credit point accumulation system ECTS


Every student undergoes one year of clinical rotations in subjects such as Internal medicine, paediatrics, surgery, obstetrics and gynaecology and other additive subjects during their final year of education.

The certificate for the same can be obtained from Ukrainian Medical Council and EduPedia Overseas helps its students to obtain the same.

The Internship declares any student completing the curriculum as a complete doctor and the same is accepted all over the world except India.

In India a student has to finish his screening test and undergo a compulsory rotator internship in India before he/she gets his permanent registration in Medical Council of India or license to practice as a physician.

Students from India are eligible to sit for the National Board of Examination (NBE) and register with the Medical Council of India (MCI); after obtaining an “Eligibility Certificate” from the MCI prior to sitting for the Competency test conducted by the NBE and complying with any other guide-lines of the certification authority.

Students and graduates of EduPedia Overseas Universities are eligible to sit for the licensure & certification examinations of many other countries such as Australia, Canada, New Zealand, UAE, Singapore etc. All students & graduates should educate themselves on the licensure policies in their respective home countries and countries where they propose to practice and prepare accordingly.