Tradition and quality of the Moscow State University laid USU over the years of joint work, largely determined the character of the development of a new classical university in the Volga, its high educational standards and scientific potential, which allowed for a short time to occupy a key position in the educational and scientific space of the region.

The faculty of the Medical Faculty of USU is composed of 40 Residential Doctors, 15 scientists, about 25 Tutors and more than 150 Medical Staffs. The important priority of USU is international cooperation. The university successfully operate the Russian-American and Russian-German faculty currently. 17 departments of the Faculty of Medicine trains 1490 students in the field of “Medicine” and “Paediatrics”. Over the period 2692 students graduated from the Faculty of Medicine specialists. Since 1991 foreign students are studying in USU. The first set of foreign nationals (English Medium) in the internship took place in 1999.

Today, the university has about 400 foreign students from nearly 30 countries, since 2007 at the University operates the Centre for work with foreign trainees, which deals with the recruitment, admission, as well as training and leisure activities for international students. Since 2000, on the basis of the Ulyanovsk State University operates a branch head centre test on the Russian language, which is conducted individual and group testing of all foreign nationals wishing to obtain a certificate of the European mode. MBBS course is approved by MCI, WHO, UK & US. Univ. The University Library is very famous among other Russian Universities.

The University is fully authorized Medmax International, India to provide the facility of admission to international students to the faculty General Medicine in English Medium. 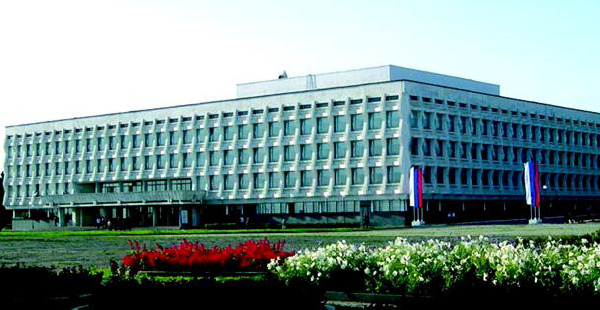 Ulyanovsk, formerly Simbirsk, is a city on the Volga River in Russia, 893 km east from Moscow. It is the administrative centre of the Ulyanovsk region, and the birthplace of Vladimir Lenin. Ulyanovsk is a significant industrial city. It is home to UAZ, a large automobile manufacturing plant, and Aviastar, an airplane plant that is best known as the manufacturer of the heavy aircraft An-124 «Ruslan», as well as a number of smaller factories.

Ulyanovsk is warm from about mid-May to early September. The average summer temperature is +22° C. July is typically the warmest month with highs reaching 30° C, although heat waves can occur even as early as the last decade of May. Snow arrives in late November-early December and stays until late March-early April. The average winter temperature is −10° C, although it can drop as low as −30° C. Winters are windy and snowy. Late autumn and winter have very little daylight, just 5–6 hours, December 22 being the shortest day of the year. In March-April, snow begins melting, and the thaw lasts for about a month.